At 32 years of age, Lara visited the Saks salon in Halifax with concerns about her Rosacea. She’d suffered extreme redness, spots, outbreaks and sensitivity since being a teenager. After realizing she would not "outgrow" the condition, she knew it was time to seek treatment for rosacea.

Rosacea is a very common skin condition that affects around 1 in 10 people. It affects mainly the facial area and is usually found in people with paler skins (although it can still affect people of Asian/African origin). However, although it’s very common, it’s poorly understood. Symptoms often begin with flushes when the skin turns red for short periods. As the condition develops other symptoms, including permanent redness, spots and irritation will appear as well. The condition is triggered by many things, from stress and exposure to sunlight to spicy foods and alcohol. Rosacea is a relapsing condition. This means there may be times when the condition is less severe, followed by others when the symptoms visibly worse. With the changes to physical appearance that occur, it’s not surprising that many sufferers claim their psychological and social well-being is affected too. That's why it's important to seek treatment for rosacea and its symptoms.

Lara learned about Saks from her mother, who discussed her daughter's treatment for rosacea with therapist Kath. “I was impressed,” says Lara. “Kath was very passionate about her work and obviously had a good knowledge and understanding, so I decided to give the treatment a go.” Lara had tried everything in the past for her rosacea. After seeing a doctor, she was even referred to a specialist at the hospital. Some things worked for a while in certain areas but the results were patchy, and never lasted for long. 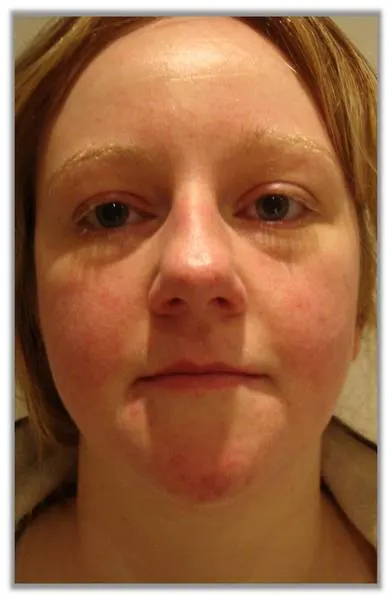 Therapist Kath chose CosMedix for her client, saying “I knew she would be getting the best products and ingredients, which in turn would provide the best results and impact. I also use Cosmedix myself, so I’ve a lot of faith, knowledge and personal experience of them. After using them for so long and seeing how my own skin responds, I was confident they would be perfect for Lara.” And so it proved! Lara has so far had Cosmedix facials, Benefit Peel and Detox Peel. “I honestly couldn’t believe the difference,” she says. “I particularly loved the Detox Peel. It clears my skin up for months. Far better than anything else I have ever used. The redness is reduced and the spots and breakouts virtually disappear. It is amazing.”

We recommend using products from the Rosacea Skincare Collection.

The Normal Skin 4-Piece Essential Kit contains everything you need to start your journey to glowing skin. It contains Benefit Clean, a gentle cleanser ideal for all skin types; Affirm, an antioxidant firming serum; Define, an alpha-hydroxy acid complex cream with retinol; and Emulsion, an ultra-rich moisturiser.

Gentle Clean is free from irritating surfactants and contains healing shea butter, aloe vera, and a blend of antioxidants.

CPR contains a blend of vitamins, antioxidants, and other natural ingredients to heal skin, reverse damage, and neutralise redness.

Define contains 2% encapsulated Retinol AGP complex, which makes it very well-tolerated, even with rosacea skin. Many people with rosacea are hesitant to use vitamin A or retinol because they worry about more redness and irritation. However, the key to using vitamin A and retinol products is in the dosage, or the percentage of vitamin A the product contains. This treatment resurfaces the skin, stimulates collagen and elastin production and even boosts the skin's natural moisture factor.

Mystic contains deuterium oxide (D2) to hydrate and protect the skin from free radicals. Additionally, it's antibacterial and anti-fungal and even contains anti-inflammatory properties.

Ideal to heal rosacea skin, REDuce is a soothing serum that contains anti-inflammatory properties as well as a concentrated blend of vitamins and antioxidants. It also contains nourishing shea butter and jojoba oil to heal redness, irritation, and damage and is antibacterial and anti-microbial.

Hydrate is a lightweight, non-greasy daily moisturiser ideal for all skin types, including sensitive and rosacea skin. It's non-irritating and offers antioxidant protection as well as sun protection.

A word of advice if you're seeking treatment for rosacea

In addition to the treatments, Lara has also taken the advice from therapist Kath:

Lara says, “My skin is not perfect but it is far, far better than it has been, probably since I was a teenager. It’s also nice that other people notice it. I now have the confidence to leave the house without applying loads of foundation and concealer, which probably didn’t help my skin! I’d absolutely recommend Cosmedix products. There’s no miracle cure, but combined with the extra effort of diet and lifestyle changes (more green leafy vegetables, Omega 3s, relaxation, cutting out sugar, reducing alcohol), I feel so much better.”

We want to say a big thank you to Kath for achieving the incredible results we know are possible using CosMedix products and following the Medico Beauty Institute advice and training. Thank you to Lara for allowing us to use these images as a case study and congratulations for helping to inspire others who may also be suffering from Rosacea. This testimonial shows that with the correct treatment programme, it is possible to restore skin back to optimum health. Click here to make an appointment for your next in-office treatment. Reduce redness and inflammation at home with CosMedix CPR. This skin recovery serum is formulated to treat irritated and sensitive skin and reduce redness and inflammation quickly and gently. Over the course of a few weeks, your skin will be calmer and healthier.

Whether you have skin concerns or just aren't sure which products to use, take our Skin Check Quiz.