At MEDICO BEAUTY we are always proud when one of our customers get some fantastic press recognition. Especially when the press coverage is for a CosMedix treatment.

LaNú Medi Spa has been featured in the August edition of RSVP magazine, Ireland’s Number 1 Celebrity news publication. The “You’ve Got Male” feature is all about male grooming, style and fitness, which we all know is a hugely popular and growing industry.

LaNú Medi Spa were featured for the fantastic Blueberry Smoothie Facial Peel, which is very popular amongst male clients.

Why? Blueberry Smoothie is CosMedix mild but extremely effective professional exfoliating treatment. Combining benefits of both chemical & mechanical exfoliants, in the form of alpha hydroxy acid L-Lactic Acid and microscopic exfoliating beads, to remove impurities and smooth the skin. While infusing the skin with Blueberry extract for antioxidant protection and D-Gluronic Acid to hydrate and support the skins renewal process.

The results? Smoother, brighter, clear skin, which are both instantaneous and long lasting. It’s not hard to see why the male (and female) clients of LaNú Medi Spa are crazy for this treatment.

LaNú Medi Spa were also featured on RTÉ’s business series, The Takeover, which features bosses from around Ireland who step aside and allow their employees to take over the business, leaving them in charge and free to make changes. LaNú staff set out to target the male market. If the RSVP feature is anything to go by, it seems they certainly achieve that!

Checkout the feature below and visit LaNú Medi Spa for more information about how to book in for a treatment. 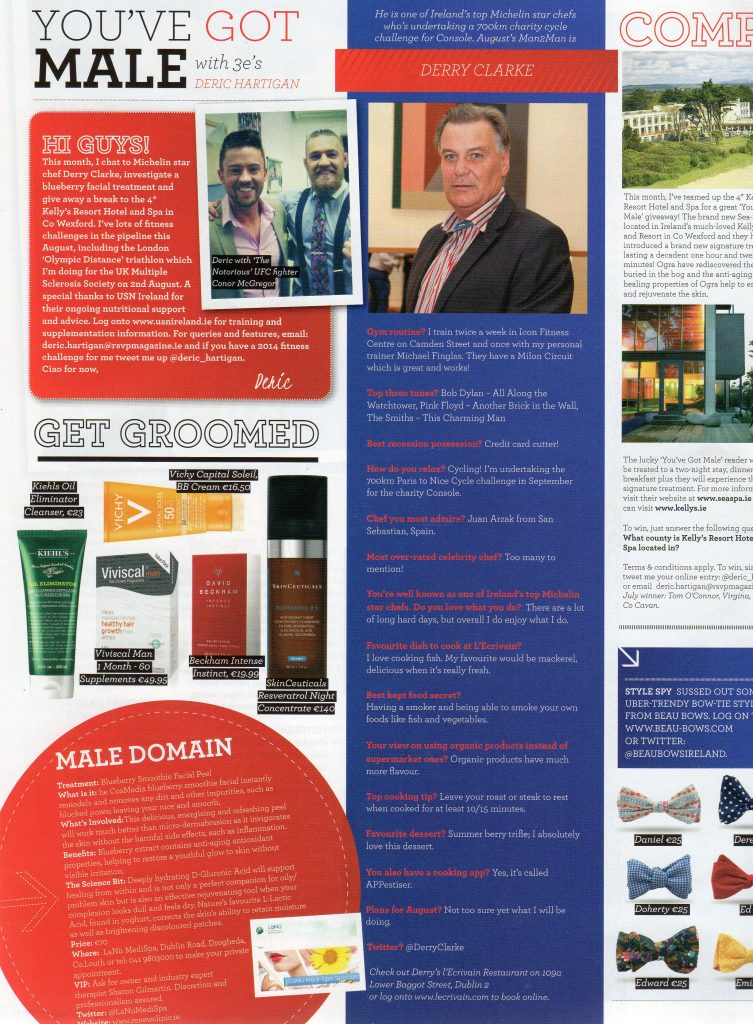 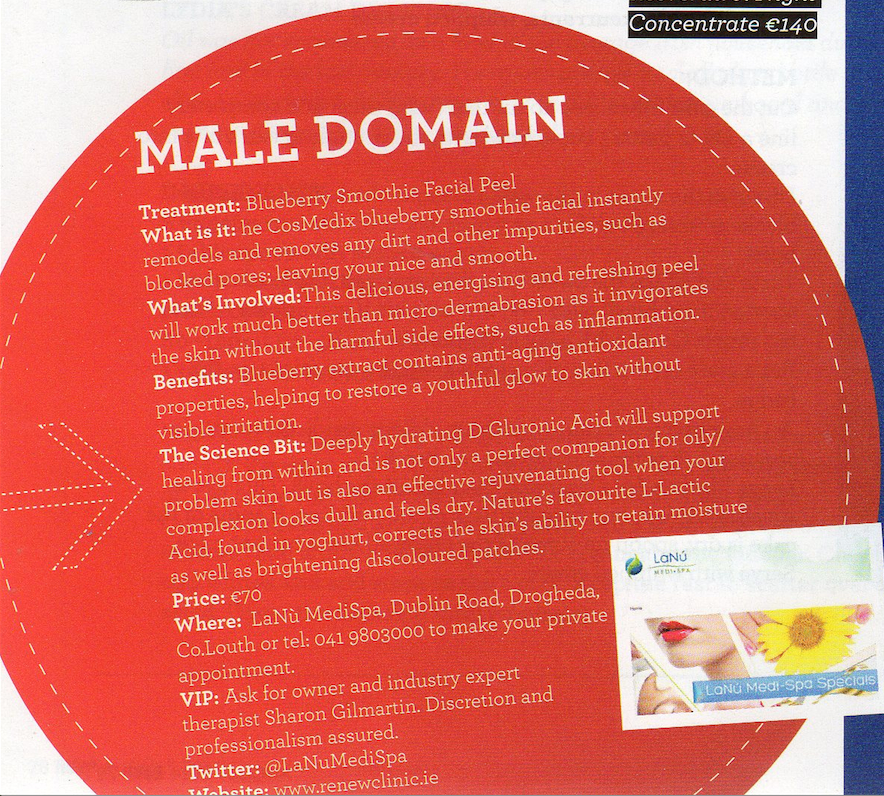