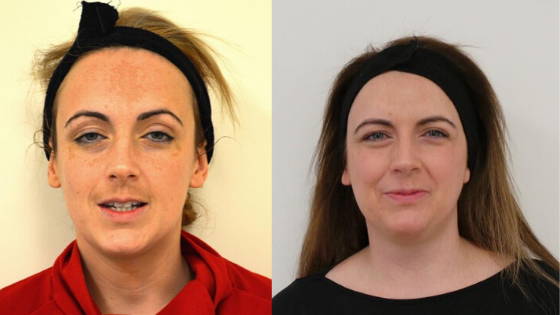 Claire had been suffering from Melasma for several years and like many women she wanted to have the courage to be able to go makeup-free, but her confidence was low. Melasma is a common skin condition in which light to dark brown patches of pigmentation occurs. Although melasma does not cause any itchiness or pain many women find these dark patches embarrassing and difficult to cover with makeup. Claire’s main areas of concern were mainly her forehead, upper lip, and eye area which are fairly common facial areas affected by Melasma. Claire turned to CosMedix after trying several high street products to no avail. After much research, she found CosMedix products that have a great reputation for ingredient quality and effectiveness.

There are essentially three different types of Pigmentation issues that can arise in the skin. Hyper Pigmentation is found in the skins outermost layers called the “Epidermis.” This can arise following sun exposure where the skin has tanned but doesn’t do so evenly. Often older people develop Hyper Pigmentation because the skin cells found in the deeper layer (Stratum Basal) called Melanosomes, are responsible for making pigment granules called Melanin. Melanosomes become damaged by UV radiation and other environmental factors that result in DNA damage. This is the software that controls how the cell behaves and when there is a mutation the cell no longer functions normally, often overproducing melanin granules. We like to describe this breakdown, as being just like when a fireman hoses down a burning house but unfortunately, floods the soil around him as the hose doesn’t get switched off! Combined with a decrease in skin cell renewal rate, it is no surprise that patches of brown spots appear on the skin’s surface.

Having determined when skin damage first sets in we know it is often before the age of twenty-four. This is important to register because even if sun exposure has been limited or stopped later in life, the healthy processes that help the skin to repair following exposure to UV radiation and remain even in colour have already started to decline many years beforehand. The rot has effectively already set in!

All skin types are prone to developing Hyper Pigmentation but the large, brown patches are found in darker skins because by design they are more likely to product browner pigment. Fairer skin types are programmed to produce more red that is why when exposed to sunlight their skin burns. Interestingly what has to lead to an increase in seeing issues with pigmentation isn’t sun exposure but the different skin types that have emerged due to inheriting a combination of genetic heritage. If one parent is fairer skinned than the other. Having a combination of different skin types, even when a person appears fair skin in the winter months if they tan when exposed to sunlight (rather than burn) their skin behaves in a similar fashion to dark skin.

This “deviated” skin type is far more likely to see issues with Hyper Pigmentation and must be particularly vigilant of how long they expose their skin to the sun and take other measures to protect the skin including wearing a hat when in direct sunlight.

In addition, a number of women are unaware that taking the contraceptive pill can increase the likelihood of developing Hyper Pigmentation because the effect of the medication increases photosensitivity (which is the likelihood of burning). The risk of Post Inflammatory Hyperpigmentation (PIH) is also greater in darker skin types that are burnt or irritated by contact with a product that is made with irritants such as perfumes.

In all cases of Hyper Pigmentation where the damage lies aren’t as “deep” in the skin as Melasma. The skin darkens more than the surrounding skin with exposure to sunlight. For this reason, it’s much more challenging to treat and requires a blend of many different active ingredients to tackle the root causes that do include sun but the overproduction of pigmentation is related to hormonal shifts that happen in pregnancy or other autoimmune conditions such as Hyperthyroid. The effect of medications including Statins taken to reduce Cholesterol also raises the skin’s photosensitive. In many cases, it’s normal to see a mixture of two different types of pigmentation Hyper Pigmentation and Melasma. The Melasma looks like a patch, around the face and often looks like a mask. Causing dark patches to appear above the lip, forehead on the cheeks and under the eyes. The condition has been found to run in a family that also suggests it could be hereditary.

It is highly unusual to see Melasma in men and more likely to be related to an underlying health problem in a person that is darker skin such as Asian Indian.

There are several factors that have been found to contribute to Melasma but each person is an individual and requires proper extensive consultation to help determine what could be causing excessive stress to the skin and damage to healthy digestion.

Some factors to consider include:

Skin affected by Melasma darkens more than the surrounding skin with exposure to sunlight, so sun-avoidance and sun protection are key to helping Claire’s skin. Year-round sun protection is important even in the winter months. 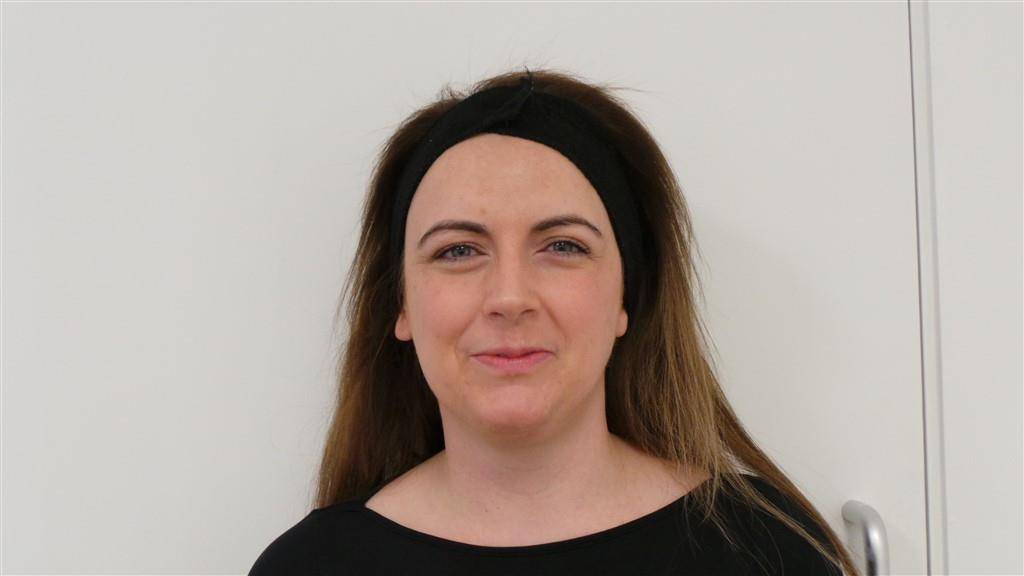 Claire visited her local Cosmedix Skin Expert at Skinology in December and went through an initial consultation and seven-point skin analysis. During the consultation, her skin therapist put together a skincare plan of CosMedix products and treatments which Claire was eager to get started. 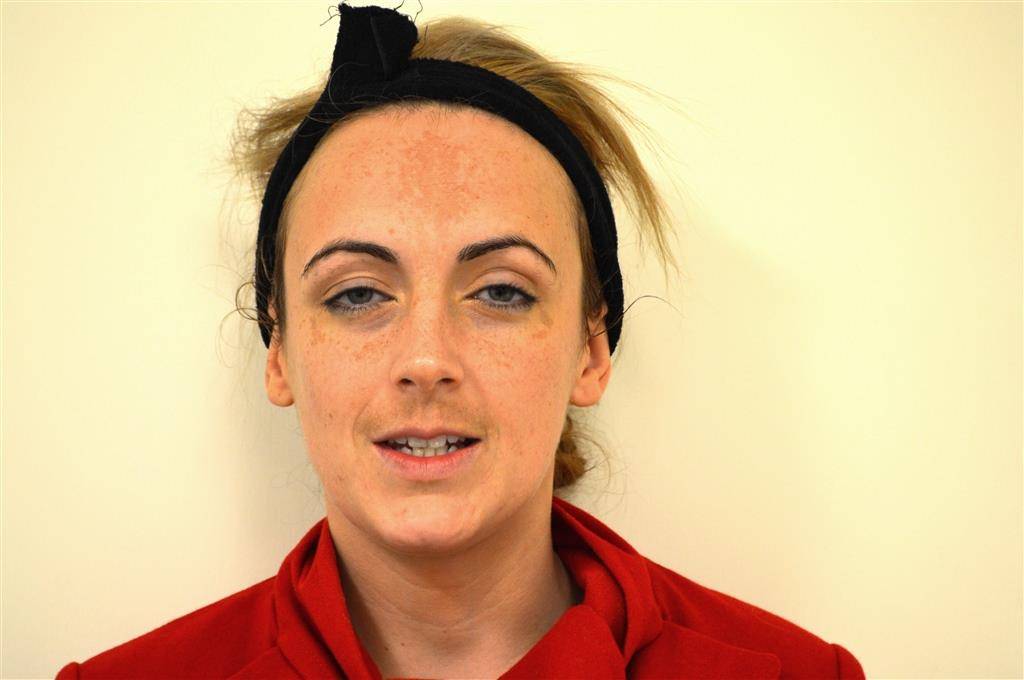 Claire loved all the CosMedix products but in particular, her favourite peel was ‘Timeless’. She was absolutely delighted with the results and feels much more confident within herself. The effect on her skin is obviously visible and she would recommend CosMedix treatments to everyone. Claire advised you to go to someone you can trust. As well as the changes in her skincare routines Claire has also made some lifestyle changes. She applies sunscreen daily and takes Vitamin D and Omega 3 supplements. Claire has also started using hemp oil that provides great protection for her skin whilst increasing its elasticity.

Claire’s skin expert, Caroline received expert training in advanced CosMedix treatments with the Medico Institute and has worked with CosMedix products for 5 years, she also specialises in various laser treatments, as well as colonics. Caroline absolutely loves CosMedix treatments and products and always has confidence in the results. She strongly believes that active ingredients are the only things that make a difference. Other great advice she offers includes getting some good sleep, drink lots of water, focus on nutrition, and take time out for yourself to help deal with stress.

Take the free Skin Check to learn more about the products right for your skin. Don't forget to follow us on Instagram to view our weekly InstagramLIVE videos every Wednesday at 11 am.